Turinabol, also known as Tbol, is the dream oral steroid of those wanting to experience the effectiveness of the legendary dianabol coupled with the safety of anavar. In fact, it is the least known version of dianabol, and in spite of this familiarity, they are very different in their action, applications, and impact on the health of the athlete. Therefore, this is an anabolic androgenic steroid (AAS) that absolutely deserves to get the right attention.

First scientific works on turinabol (chemical name 4-Chlorodehydromethyltestosterone) were published in 1962. Since then, for over 20 years it was produced by a pharmaceutical company in Eastern Germany called Jenapharm. Interestingly, unlike most anabolic steroids that were generally used in medicine before finding their place in the bodybuilding arena, turinabol was specifically designed and almost exclusively used for athletic performance enhancement.

As a matter of fact, tbol was the main substance used in the Eastern Germany’s state doping project. Therefore, for a very long time it was administered to thousands of German athletes for performance enhancement. Its undetectability at the time allowed German sport officials to use tbol in this project for over two decades, and it wasn’t until the fall of the Berlin Wall that information about this doping program has become known to the international community.

Consequently, Jenapharm has ceased the production of turinabol in 1994, and even though this company was later acquired by Schering AG in 1996, this steroid never returned to the bodybuilding scene as a pharma-grade AAS. However, this oral steroid has a very wide range of uses in bodybuilding, and has proven itself to be very effective for certain purposes. Hence, a series of underground laboratories keep producing turinabol. 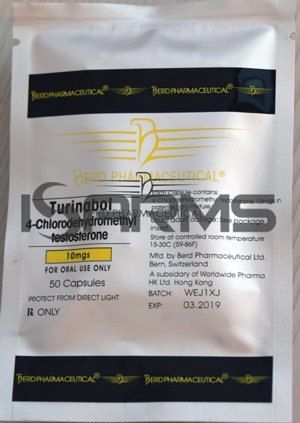 Turinabol is a derivative of dianabol that has undergone certain modifications in its chemical structure. The major difference between the two steroids is the presence of 4-chloro alteration in turinabol, which gives it properties unseen with dianabol. In fact, this alteration can also be observed with Clostebol. Thanks to this additional structure, turinabol can not interact with the aromatase enzyme, making it impossible for this steroid to convert into estrogen. Thus, the user does not need to worry about such estrogenic side effects as water retention, increased blood pressure, gynecomastia, and subcutaneous fat accumulation. For this reason, no aromatase inhibitors (AI) are needed when tbol is used alone, or together with other non-aromatizing steroids.

Furthermore, tbol binds extremely weakly to the 5-alpha reductase enzyme, which is responsible for converting testosterone into dihydrotestosterone (DHT). Therefore, since most androgenic side effects are caused by DHT, these will not take place with turinabol. This is good news for those with a predisposition for male pattern baldness and acne. Moreover, turinabol presents a double bond between carbon 1 and 2, reducing even more its androgenic activity.

As a result, turinabol offers much leaner and drier gains than dianabol does, and most importantly – a higher percentage of these gains will be keepable after finishing the cycle. Those used to dianabol’s mode of action will not get such fast and drastic gains, but the musculature will have an extraordinary quality. This difference brings along a very popular misconception, which claims that dianabol is much more powerful than turinabol is. However, this is not entirely true because dianabol’s quick gains are mostly water and fat accumulation that will be lost shortly after ending the cycle. On the other hand, turinabol’s gains do not contain water or fat, giving them a higher durability and quality. 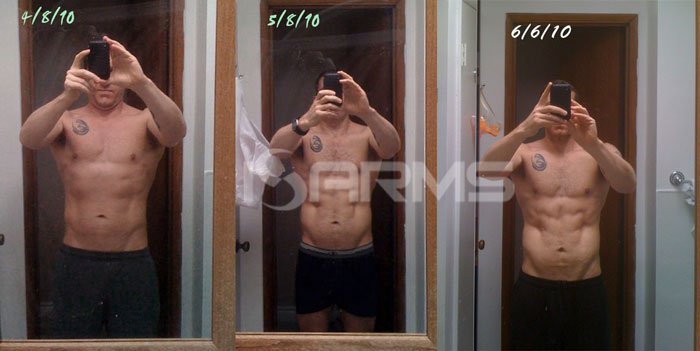 Nevertheless, there is one thing that both dianabol and turinabol share – c17 alpha alkylation (17aa). Since these are oral steroids, the addition of this structure is necessary to protect the active substance from the first liver pass and improve bioavailability. Therefore, turinabol is liver toxic. 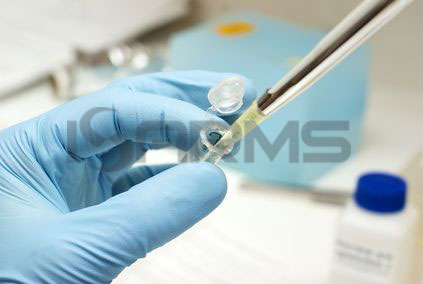 Compared to the majority of anabolic steroids, turinabol has one huge advantage – this compound is very hard to detect. It is made possible by the incredible speed of tbol’s excretion from the body, which, according to anecdotal evidence, takes just 5 days. This, and the fact that tbol was not screened for in 70’s and 80’s, allowed the German athletes to use this AAS without getting busted. For this reason, turinabol is a very convenient steroid for those athletes, who are subject to regular doping controls.

Perhaps, turinabol is one of the safest steroids in terms of side effects, and it is often compared to Anavar and Primobolan in this precise aspect. However, just like all steroids, tbol is not side-effect free, and there are some issues to keep in mind when using it.

First and foremost – all steroids cause suppression, and turinabol is no exception to this rule. Therefore, natural testosterone boosters should be included as ancillaries during tbol cycles, such as Nolvadex and/or HCGenerate ES. Furthermore, a post cycle therapy (PCT) should always be carried out after a steroid cycle. Otherwise, the body will not be able to fully recover, and natural testosterone production may end up permanently suppressed. 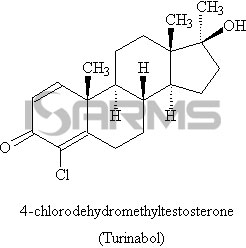 The most prominent side effect of turinabol is hepatotoxicity. Since it is a c17aa steroid, it presents certain liver toxicity. Even though it is not even nearly as toxic as Anadrol or Dianabol, it will still have an impact on liver function. Consequently, liver supporting ancillaries are a must during turinabol cycles, and cycle durations should be rather reduced (no more than 6 weeks). Some people assure that turinabol is perfectly safe for the liver, and present the German athletes as the main argument for such claims. It is hard to deny that these athletes were administered with turinabol for a very long time, and they did not have any major issues with their liver health. However, the doses they received don’t stay even close to those taken by modern bodybuilders. Hence, regular liver checks should be done when taking tbol, and such liver supporting supplements as N2Guard must be taken.

Another frequent side effect seen with anabolic steroids, are the stressed lipid levels. Usually, steroids affect cholesterol levels – lower the HDL (High Density lipoprotein), and increase LDL (low density lipoprotein). Unfortunately, due to its c17 alpha alkylation, turinabol has a considerable influence on the liver’s ability to process cholesterol. Thus, a close attention to lipid profiles should be paid during turinabol cycles.

Finally, even though tbol barely has any androgenic activity, it can still trigger certain androgenic side effects. Nevertheless, these take place only in very sensible individuals when excessively high dosages are taken. 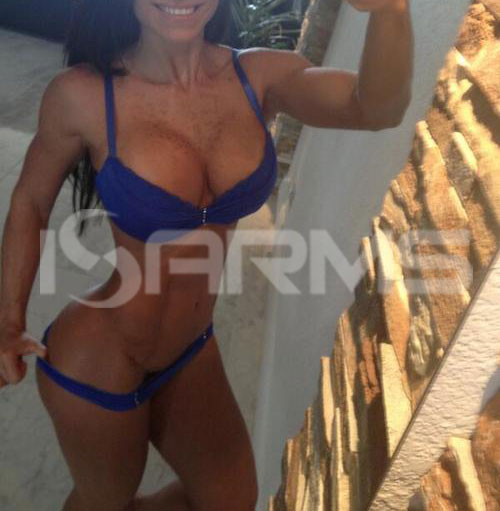 Turinabol is one of the favorite steroids of female users, and the main reason for such popularity is its low androgenic activity. Women like turinabol for the lean gains it provides, but virilization effects are still possible. Therefore, dosages for women should never exceed 10 milligrams (mg) per day.

The average male dose of turinabol stays in the range of 25-50 mgs per day. There are some athletes who take up to 60-80 mgs daily, but the additional benefits are not prominent enough compared to the additional health risks. As mentioned, due to its liver toxicity, cycle duration should not exceed 6 weeks.

In spite of the fact that turinabol is often regarded as a cutting steroid, it would be more correct to call it a “lean gainer” or “clean bulker.” This has to do with tbol being a relatively good mass gainer, and since there is no water retention, the gains will be of amazing quality. Unlike dianabol, tbol requires some time and patience for the results to be seen, but they will definitely appear in a steady and stable manner.

Thanks to the mildness of turinabol’s side effects, it is a very good stacking steroid – it will give good quality mass without any additional side effects. In fact, it is popularly stacked with such steroids as Parabolan and Winstrol in order to achieve a very well defined and lean physique. Furthermore, the effects of these stacks can be enhanced even further by adding such fat burning agents as N2Slin and/or Cardarine GW. Additionally, tbol makes a good combo with testosterone, where it adds lean mass and improves the effectiveness of testosterone (remember SHBG binding) without bringing along more side effects. 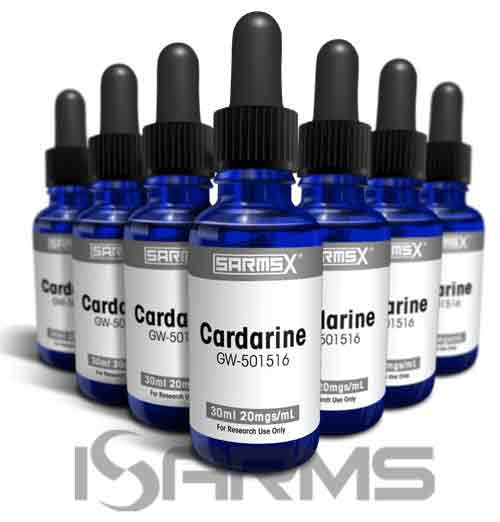 Half life and detection times

Turinabol’s half life is very long – 16 hours, which allows the user to take it just once per day. However, there are some athletes who try to achieve perfect levels of the active substance in the blood by splitting the dosage in two parts taken every 12 hours.

Regarding the detection times – they are extremely short. As mentioned before, according to anecdotal evidence, 5 days are enough for this steroid to leave the body without a trace. Perhaps, this is the main reason why German athletes did not test positive on doping controls back in the days.

Turinabol is a unique steroid in its nature, which can be rightfully considered as a perfect combination of the benefits found in dianabol and anavar. It has a noticeable ability to build high quality lean mass, with few side effects, most of which are related to its liver toxicity. Besides, tbol’s affinity to bind to the SHBG makes it a very desirable stacking agent for other steroids. All in all, it is a steroid to keep in mind because it has a lot to offer.

Centers for Dsease Control and Prevention: “LDL and HDL: “Bad” and “Good” Cholesterol”