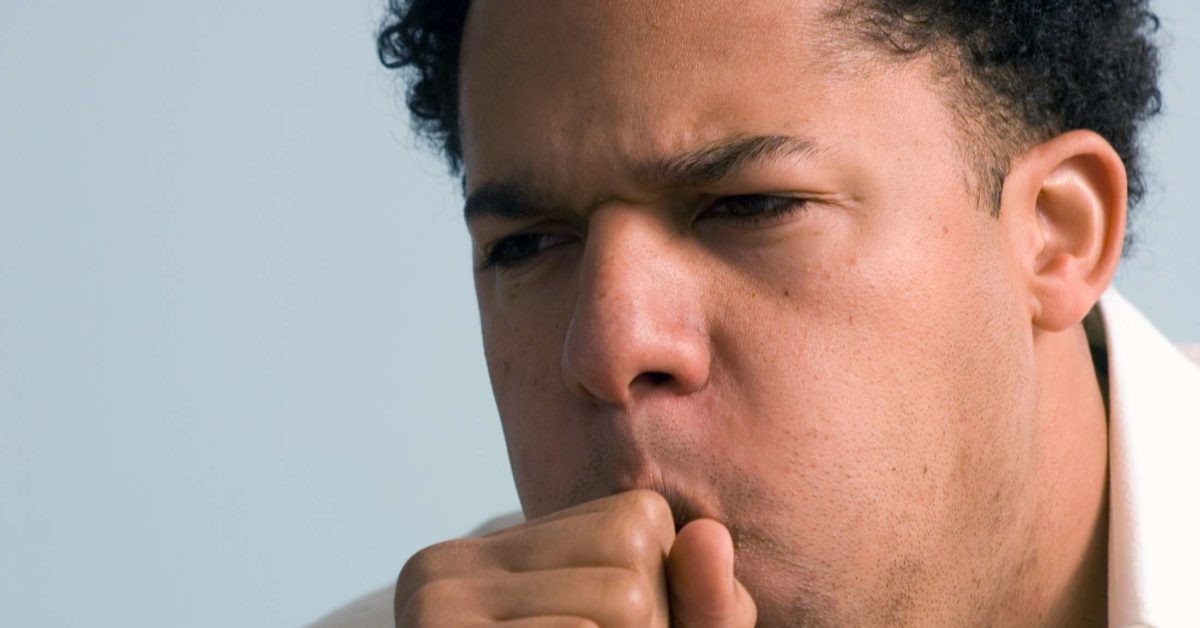 Tren cough (sometimes called T-Cough) is very misunderstood because the exact reason why it occurs is unknown. It is more prevalent with the use of acetate ester as opposed to enanthate ester. Some hypothesize that it has to do with bradykinin and its inflammatory effects mediated through prostaglandin. Some also believe that it could be caused by the preservative that’s being used in the Tren, or the acetate itself.

Tren cough happens when you are pinning certain injectable steroids such as Trenbolone, and you suddenly feel as if you need to have a coughing fit or even cough up a lung because you feel a buildup of a dry heave in your chest. Sometimes you may not even get through your pin, which makes it even worse.

Food for thought: when someone is doing a ketogenic diet, ketone bodies are sometimes exhaled out of the body, specifically acetone, through the lungs. The lungs are a way to get rid of certain substances within the body, and some believe that when you take Tren and it breaks down initially, or something in the trenbolone itself (maybe the preservative or the ester itself) is coming out of your mouth and can cause you to fight to take air in while simultaneously your body is trying to exhale the trenbolone. This can even feel as if someone is choking you, or you’re underwater and you’re gasping for breath.

When your Tren cough starts, you may feel like you’re dying, and you may question why you’re even using it. But just know that the feeling will pass.

Some people report that they feel nauseous after pinning. Most likely this is from the smell. The smell of the acetate is strong, and as it passes through your nasal passages, it can at times make you nauseous. Another explanation could be the overstimulation of the brain, the overstimulation of the central nervous system. However, most believe it is purely the strong, chemical smell coming through your mouth and the actual taste of the Tren. It is not a clot in your lungs.

Some who take test cypionate get a dry cough after pinning as well. This correlation leads some to believe that since the preservatives are mostly the same in the compounds, so it could be the acetate itself.

If your nausea is so strong that you cannot eat, you can try to lower the dose. If that doesn’t work, trenbolone just might not be right for you. It’s not viable as a bodybuilder to be throwing up after each time you take it. In this case, you might try to switch to the trenbolone enanthate ester, the longer acting ester. Some report that they cannot sleep on it, combined with the nausea and vomiting, cough, and at times intestinal upset (the runs). Something else that might offset the cough, or at least make it more tolerable or last shorter (some report up to 2 minutes of coughing, or more), is to rotate areas a lot, and try to not pin in the same spot every time. Areas with more scar tissue tend to have worse effects. Also, pin slowly, do not be too aggressive and inject too quickly.

Trenbolone has a lot of side effects, and it is likely linked to its highly androgenic component. It is not truly normal to have that much androgen in your body. Trenbolone is 4X as androgenic as testosterone, which is really amazing as we see Testosterone as the king of androgens, your body does not need more than that because it would naturally produce more. Testosterone is naturally balanced between the muscle building qualities and the androgenic (aggression and glycogen storing) components, while Trenbolone is skewed 4X as more in terms of the androgen components.

Overall, the Tren cough is not really something to be concerned about. However, if the side effects are really bad and you cant handle them, try to cut back the dose or switch esters. If all else fails, Tren might just be a steroid you can’t use. Luckily, there are plenty of other anabolic androgenic steroids to choose from.

VIP Moderator
yeah tren cough is awful, i've been through it a few times

Member
It never hit me very bad and only a couple times.

5 Things You Must Know About Tren