Napsgear, Get Shredded with Clen 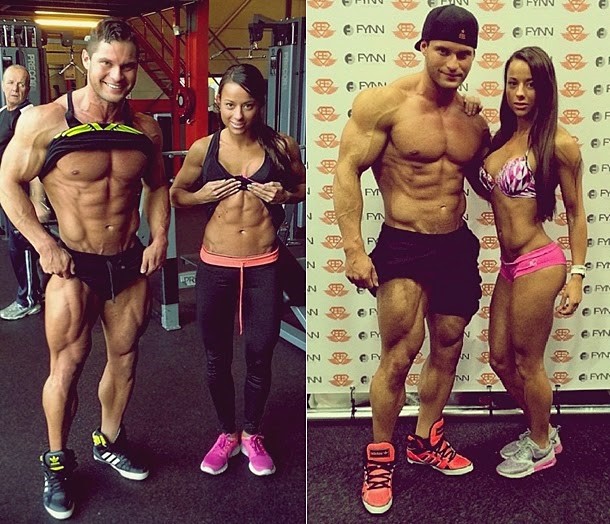 Clen (clenbuterol) is all the rage among body builders. Why? Because it’s been shown time and time reduce body fat in a short time while retaining lean muscle, and some suggest it can increase lean muscle mass. Anyone serious about stepping on stage has probably considered using clen.

Clenbuterol is a Beta2-adrenoceptor agonist and bronchodilator, which was formulated to treat various breathing disorders like inflammatory airway disease (IAD) and recurrent airway obstruction (RAO). Originally developed to treat respiratory disorders in horses, it’s an effective anti-asthma medication, and is an approved prescription drug for humans since 1977 in several countries.

Clen binds to the same receptors that respond to epinephrine in your body, except clen produces even greater effects, namely fat burning. It also binds to muscle cells and stimulates muscle protein synthesis, which is why it also helps you preserve muscle while cutting. It’s a thermogenic cutting agent, which works by increasing a person’s overall body temperature, which in turn boosts their metabolic rate.

Clen works in two mechanisms: first it expands and opens our lungs and airways, which improves breathing, and second by increasing heat production within cells, which induces thermogenic effects. Those seeking to lose body fat and get shredded can use Clen’s thermogenic ability to do so.

Clen is not a steroid. Not at all. Some research in animals suggests clen can promote muscle growth, however there are no human studies to confirm this. There are personal anecdotes from users who report gains on clen, but its anabolic effects have not been proven.

Clen stimulates the central nervous system, increasing adrenaline output, and raises the body’s temperature by as much as 1 degree.

To maintain homeostasis, sweat glands are stimulated to cool the body back down to its regular temperature. The constant cooling effect increases total calorie expenditure, which causes a person’s basal metabolic rate to increase. Thus, more calories are burned at rest. An elevated metabolism makes it easier for bodybuilders to eat in a deficit and burn fat indirectly.

Additionally, clen has direct fat burning effects by accelerating the conversion of triglycerides to free fatty acids, the major fat fuel energy source in the blood.

Increased blood flow and oxygenation
Clen increases adrenaline levels, which causes more blood flow throughout the body as a result of the “fight or flight” mode survival mechanism. With the increased blood flow, clen can potentially improve muscular endurance (which means more reps in less time). Pumps may also become bigger because of increased blood circulation to the muscles.

Clen is a powerful stimulant and can cause energy levels to skyrocket even more than the stimulants in traditional pre-workouts which normally contain caffeine. However, there may be a crash where a user experiences low energy. This is problematic because it can cause a dependence for clen. For this reason, shorter cycles of clen are recommended.

Appetite suppression
Since clen affects beta 2-angrenergic receptors, a person may experience more satiety. Thus, you may not feel as hungry throughout the day, despite burning more calories overall. Feeling less hungry can cause someone to eat smaller portions and decreases the chances of binging. For someone who struggles to stick to a diet, feeling fuller with smaller portions can help them adhere to their diet.

Clen also flushes out extracellular water, causing a person to look leaner and showcase their muscle tone. This is attributed to the extra sweating that occurs. It is important to stay hydrated when using clen, and make sure you have enough electrolytes as well. If your sodium levels go too low, dehydration and muscle cramping can occur. The water weight lost from using clen is only temporary, and will return post-cycle, but keep in mind that its water that’s coming back, not fat.

A well known effect of anabolic steroids is that a persons natural testosterone production gets shut down. This can take several weeks or months for endogenous testosterone to return back to normalcy. However, since clen is not a steroid, your testosterone is not compromised, so PCT is not needed.

Sensitivity to clen varies, so not everyone experiences these side effects, which include:
Is Weight Loss Permanent?

Fat loss is permanent from a cycle of clen. However, you may start to gain back water weight as you’re no longer sweating as much. As long as you don’t go overboard with increasing your calories, you should expect the pounds of fat to remain off.

Since clen is not a steroid, it does not cause the negative effects that steroids do. Women do not have to worry about excess facial hair, fertility problems, or voice drops. Clen purely triggers thermogenesis, which makes clen a great alternative for fat loss during cutting cycles.

At this point, where the dosage has reached its highest level, you stop the cycle and take a 2 week break. When starting up your cycle again, don’t start at the same starting dosage. Instead, you should start with the dosage that you ended your first cycle with, in this case 140mcg. For this cycle, the dosage is maintained throughout the entire 2-week second cycle.

This is a common example of a 2 week on 2 weeks off cycle for men. You can experiment starting with an even lower dose of 10mcg for the first couple of days and do an overall lower mcg cycle.

For better results, clen can be stacked with various compounds like:

Clen is an effective way to burn body fat quickly. It is arguably the most potent fat burner available. Although it probably won’t help you gain muscle, it will help you preserve the muscle you do have while burning fat. If you’re not losing weight on clen, or are experiencing strong side effects, its recommended to stop taking clen. So does it work? The answer is YES!

Member
bro shred up on clen from napsgear

Member
Glad the pros and cons were put in the article.
You must log in or register to reply here.

Napsgear: How Long Should an Effective Cardio Session Last?

Napsgear: The Best Thing You Can Eat Before Bed