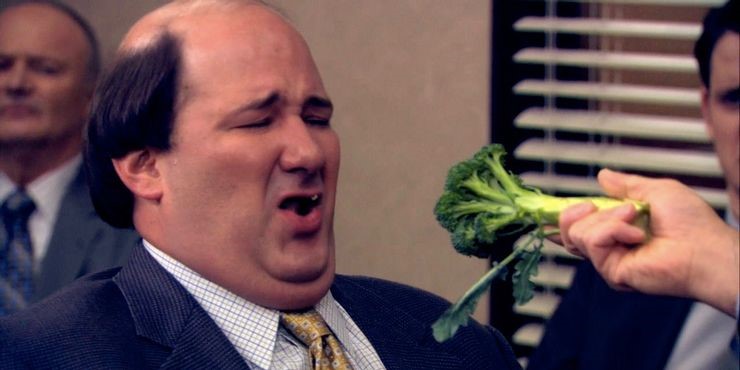 Some people just can’t do it. Their mindset and habits allow them to continue to be average. They seem to always have an excuse up their sleeve, blame their circumstances or blame other people, and just never seem to take ownership. They fail to address the issues from within, and these people need a reality check.

The Guy Who Thinks His Job Counts as a Workout
Your job is hard, that’s no lie. But some people still wonder why their bodies don’t reflect their hard work and manual labor.
When it comes to muscle growth and physique development, training is much different than general hard labor. Your job is well, your job, it’s not your workout. Yes, you’re lifting things and burning a lot of calories, but it’s still not the same as actually training.
When you’re working, you’re not making mindful muscle contractions in reps, or training your body in patterns that don’t get performed at work. And sorry to say, the soreness you get from your job is not really an indicator of growth.
If you want help with your performance on the job and an advantage in the gym, you must work on your training. You already have the work ethic and know what it’s like to be under strain, so its time to put in some work at the gym. Even if your job is tiring, just a few hours on top of your career will help you get results. Just make it happen.

The Picky Eater
You know the one. They’re always eating bad because they don’t like healthier foods, and always have excuses why they cant make changes to their nutrition.
He says he only likes one vegetable and all the rest taste bad. Healthy food has a weird texture. Plain water is so bland, he’d rather chug soda all day. He says cauliflower wings aren’t real wings, and turkey bacon isn’t real bacon. He doesn’t accept healthier alternatives because he doesn’t consider them real food.
Here’s the thing: we don’t really enjoy chicken and broccoli either. Fit people still enjoy the same foods that you do. We still love donuts, French fries, cheeseburgers, and cake. No, cauliflower wings and turkey bacon are not as good as the real thing. But we can think beyond the short-term dopamine release we get from eating chocolate cake, and we think about how we’re going to feel after eating that. We eat the way we do because fitness is our priority.
We find ways to make healthier or lower calorie food swaps. And over time they become more enjoyable. Obviously, they’re not going to be as good as the real thing, but you need to stop exaggerating how bad “healthy” foods taste, especially when you’ve never given them a chance.
No, you don’t have more sensitive taste buds, it just shows that you’re not creative in the kitchen. Healthy foods don’t taste bad, you just suck at cooking. Learn to use sauces, seasonings, and learn how to cook (is watching a simple YouTube video really that hard?). If you’re lost, search for macro hacks. Those macro people really have a trick to make any food a healthier version.
So, stop being a child. Grow up and try some new food for once.

The Guy Who’s Always Too Injured
This guy never gets serious about training because he’s still milking the same injury from 10 years ago. While everyone’s road to recovery is different, and some take much longer than others, that’s no excuse to sit around and be a couch potato. Time and time again research have shown that exercising is beneficial for working around and rehabbing injuries and pain.
Not only can you still exercise while injured, but you can also still get results. Ask anyone who’s jacked, I guarantee you that they’ve had to work around at least one injury. We all get injuries, yours isn’t special.
Anyone can find a pain-free exercise for each body part (with some exceptions in severe cases). Even in the worst-case scenario, you can still train other muscles while letting your injury heal. In fact, research has shown that training one limb while letting its counterpart rest and heal, can boost the strength in both.
So its time to stop convincing yourself and everyone around you that you’re too injured to even curl a dumbbell or do a bodyweight hip thrust. You’re not.

The Guy Who Starts on Monday
You know the guy, he’s all talk and never gets started. He promises to start dieting and working out after the weekend, or even after the holidays or special event.
Week after week, he waits until work settles down, after a period of stress is over, after his cousins wedding, sisters baby shower, after the weekend. The excuses go on and on, for years.
Truth be told, life never gets less busy. Responsibilities accumulate every week. There will always be another event or season approaching. It’s wishful thinking that your life is going to change after the weekend.
It comes down to priorities and discipline. Prioritize a few hours each week to train and have healthy food readily available, even if that means meal prep on Sundays. Carve out these hours and make yourself unavailable to the outside world. Consider it a necessity, just like showering or brushing your teeth. These designated hours are precious, and you must be strict and fight for them to stay on track. It might sound like an extreme measure, but what has procrastinating for years done for you so far?


The Nitpicker
The nitpicker loves focusing on trivial things that make only a small difference, while they avoid the foundational practices, because effort and sacrifice is involved.
They love to discuss fitness semantics, health trends, celebrity diets, pesticides, GMOs, microwave radiation, gimmicky devices, and conspiracy theories about fitness and health research, all while their health and body composition stays the same year after year.
They’ll talk incessantly about how alkaline water is so much healthier, yet quiet down when discussing the importance of consistent exercise, a balanced diet, and calorie control. The nitpickers never see results because they’re too busy trying to be an expert at debate.

Scared to Make Sacrifices Forever
These are the people who start a new diet or increase their activity many times but keep giving up because they fear that their sacrifices are permanent, and they don’t want to totally “give everything up” forever.
They give up their favorite foods, cut calories in an extreme way, and overtrain, and then agonize over it, and feel like their suffering will last forever. They see a McDonalds commercial and immediately start binging because they worry that they’ll never have a cheeseburger and fries again.
While illogical, many people seem to think this way. The good news is that once you’ve reached maintenance, the sacrifices are much less and easier to bear than the sacrifices it took to get there.
Additionally, you may even begin to like the sacrifices, and the results they produce, and may not want to return to your previous way of eating and lifestyle.
If you’re a forever thinker, you don’t have to be miserable and stay in a deficit forever. Just keep on it long enough to get where you desire. You may have to sacrifice your daily takeout, your weekend binges, and your drinking habit while cutting down, but your favorite foods will still exist when your diet is over. That doesn’t mean revert fully, or you’ll slowly end up where you started, but you can learn how to have these things in a moderate way that allows you to keep your results.

Searches for Obstacles
They don’t eat healthy or train because no solution is ever good enough for them. They’d rather find excuses and search for obstacles than accept a solution, get a plan in motion, and put in the work.
They will often complain about never having enough time to exercise. Any time you suggest for them to train on the weekends, they’ll throw an excuse like that is their family time. If you suggest that they train after work, they say that they’ll be too tired or must make dinner for the family. If you suggest they go before work, they’ll say they’re not a morning person.
The same happens with dieting too. They say they want a simple diet, but if you suggest low carb, they say that they love carbs too much. If you show them calorie counting, they say that they’ll be too hungry. If you suggest counting macros, they’ll say weighing on the scale is too complicated and its too difficult to track. And when you suggest a balanced diet with a focus on whole foods while staying in a deficit, they simply say that they don’t enjoy eating like that and would rather have some cheesecake.
The cycle of complaining and excuses repeats itself over and over. They don’t want solutions. They are always looking for more obstacles to avoid the fact that they’re unwilling to compromise or put in the work regardless of how many different solutions are offered.

VIP Moderator
happens all the time in the gym

If you don't want to look like a freaking donut you should stop eating them!

Member
Diet starts tomorrow. Nice article.
You must log in or register to reply here.

Napsgear: How To Track Alcohol For Macros

Napsgear: Why You Should Never Neglect Your Obliques