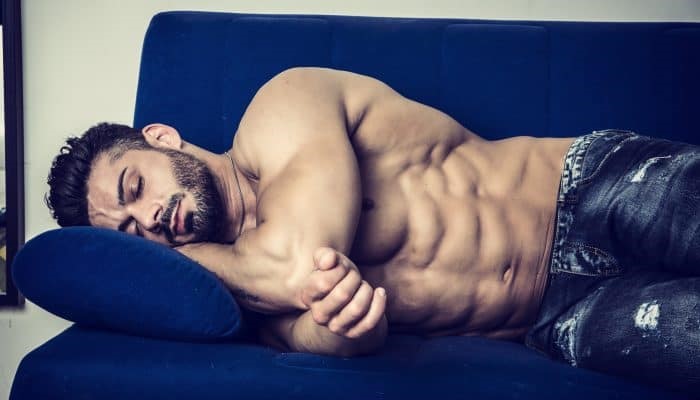 5-HTP
L-5 hydroxytryptophan, commonly known as 5-HTP, is a compound produced in the body from the essential amino acid tryptophan. After tryptophan is converted into 5-HTP, it can change into serotonin, aka the happy chemical. Serotonin plays an essential role in depression, anxiety, sleep disorders, weight gain, and other conditions. Therefore, increasing your body’s production of serotonin may have various benefits. Serotonin-producing 5-HTP supplements have been increasing in popularity for this reason.
While tryptophan is found in foods, 5-HTP is not found in the foods we eat. Even eating foods with L-tryptophan, such as turkey, chicken, pumpkin seeds, spinach, milk, or bananas do not increase 5-HTP levels very much. 5-HTP supplements are made from the seeds of the African plant Griffonia simplicifoila.

FDA
The FDA has not approved 5-HTP, because it is sold as an herbal supplement and not a medication. While there have been studies done on 5-HTP, there have not been enough human trials to prove/disprove 5-HTP’s effectiveness, dangers, or side effects. Still, some evidence shows that 5-HTP may be effective in treating some symptoms and is growing in popularity in alternative medicine.

Sleep
5-HTP can promote sleep by increasing your melatonin production since 5-HTP produces serotonin (which can be converted into the hormone melatonin). Melatonin is a hormone needed to regulate sleep-wake cycles, therefore 5-HTP may help normalize sleep patterns.
In one human-based study, people who took 5-HTP went to sleep quicker and slept more deeply than those who took a placebo. Another human study showed that combining 5-HTP and GABA (a chemical messenger that promotes relaxation) significantly reduced the time it took to fall asleep, increased sleep duration, and improved sleep quality. Combining GABA with 5-HTP has a synergistic effect.

Weight Loss
Taking 5-HTP may support behaviors that help a person lose weight or maintain a healthy weight. Weight loss can increase the production of hormones that make you feel hungry. These feelings of constant hunger can make losing weight unsustainable in the long term. 5-HTP may counteract these hormones which induce hunger and help suppress appetite by increasing feelings of fullness, causing you to eat less and lose weight.
Only several small studies have been conducted on whether 5-HTP can help people lose weight. In one study, people who took 5-HTP ate fewer calories even though they were not trying to diet, compared to the placebo group.
In another study, 7 people were given 5-HTP, and the other 7 were given a vitamin C supplement. After doing an MRI scan to see how participants brains responded to images of food and real food, people who took 5-HTP were found to have a higher brain response for protein rich foods. Since protein can help a person maintain a healthy body weight, by reducing cravings for “unhealthy” foods, and increasing cravings for protein, 5-HTP may help a person lose weight.

Depression & Mood
5-HTPs effects on symptoms of depression have been well studied. Although the exact cause of depression is widely unknown, many believe that an imbalance of serotonin may influence your mood, possibly leading to depression. This is why 5-HTP supplements are thought to treat depression by increasing serotonin levels in the brain.
Some studies indicate that 5-HTP may work as well as certain antidepressant drugs to treat mild-to-moderate depression. Similarly to SSRIs (selective serotonin reuptake inhibitors, which include drugs like Prozac and Zoloft), 5-HTP increases the levels of serotonin in the brain.
Several studies have found that 5-HTP reduced the symptoms of depression. One study compared the effects of 5-HTP to Luvox (fluvoxamine) and found that people who were given 5-HTP did just as well as those who received Luvox and had fewer side effects than the Luvox group. Unfortunately, other studies were too small or did not adequately use a placebo, so there is not enough evidence to formally conclude that 5-HTP had a greater effect than placebo on depression. Additional high-quality studies are needed before 5-HTP can be recommended as a treatment for depression.


Other Improvements
5-HTP is also taken by some to alleviate symptoms of:
• Fibromyalgia
• Seizure disorders
• Parkinson’s disease
• Migraine frequency
More specifically, since people with fibromyalgia have low serotonin levels, they might find some relief from pain, morning stiffness, or sleeplessness.

Dosage
5-HTP is sold in a variety of dosages from manufacturers. Usually these are 25-, 50-, and 100mg capsules. While there is no specific recommended daily allowance for 5-HTP, these generally accepted guidelines may help:
Sleep aid: 100-300mg, 30-45 minutes before bed. Optionally stack with GABA for increased effectiveness
Weight management: 250-300mg, 30 minutes before a meal
Depression and mood: 150-800 mg split between 3 doses daily, with a meal. Use for around 2-6 weeks for the treatment of depression.
Fibromyalgia symptom relief: 100mg, 3-4 times per day with meals. It usually takes up to two weeks to notice a beneficial effect.
Migraines: 100-200mg, 2-3 times per day. It could take 2-3 weeks to notice effects.

Very large doses of 5-HTP, such as 6-10 grams daily should be avoided as this can cause serious side effects. Long-term use of 5-HTP has not been researched, but it is possibly safe to take it for up to one year. Always speak with your healthcare prover before taking 5-HTP. They can help determine the right dose for you.

Side Effects
Side effects of 5-HTP are generally mild, and may include GI disturbances such as nausea, heartburn, gas, feelings of fullness, diarrhea, and less commonly headache, insomnia, rapid or irregular heartbeat.
Some people who have taken 5-HTP supplements have developed a condition called eosinophilia-myalgia syndrome (EMS), which can cause blood abnormalities and excessive muscle tenderness. However, it was not clear if EMS was caused by the 5-HTP, or an accidental contaminant. 5-HTP should be used cautiously until more information is known.
Do not take 5-HTP if you take certain medications for depression that also increase serotonin (including tricyclics, MAOIs, and SSRIs). Combining these products may cause increased side effects such as heart problems, shivering, anxiety, or toxicities. Be cautious if taking Carbidopa.
5-HTP may interact with other medications as well. With any supplement, be sure to check with your healthcare provider before starting something new.
When buying supplements, look for NSF or USP seals, which indicate higher quality. NSF and USP are third-party companies that confirm supplements contain what they claim on the label without impurities.

Bottom Line
Supplementing with 5-HTP is an effective way to boost serotonin levels, a hormone that regulates sleep, pain sensations, mood, and sleep.
Higher serotonin levels provide many benefits. However, some side effects have been linked to the supplement 5-HTP. These side effects can be minimized by starting with a smaller dose and gradually increasing the dose until satisfied.
Always talk to your healthcare provider before starting any supplement to make sure it is safe for you to use, especially given that 5-HTP may negatively interact with certain medications.

VIP Moderator
a good ingredient in a natural sleep supplement

Member
I love it with melatonin
You must log in or register to reply here.

Placebos Enhance Performance More Than You May Think

Napsgear:Is It True That Alcohol Slows Your Metabolism? Alcohol's Effect on Your Body